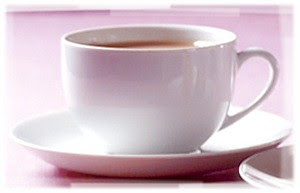 I just had a play at the blog olympics, being hosted by craziequeen at the palace.

I realised whilst I was doing this that I've now been running this blog for a year and a day (rashbre1 was my first test blog a few days earlier-its still there and I do still use it for occasional experiments).

The first post on rashbre central was 'Hello world' on 30 April 2005, and I now use that archive date as an "alumni zone" for various clocks, weather wizards and internet pets that seemed cool when I first used them but have now been moved to this special and rather untidy parking lot.

Some of you may recognise these and, admit it, some of you still use them too.

Well a year on and I've moved from knowing nothing about blogging to the point where I can dash off an entry in about ten minutes, usually with a picture as well. I've gone through a start up phase with no comments or readers, to a moderate little buzz now, which encourages me to continue.

Its also been interesting as I've done a few other things along the way - picking up a guitar - sharing pictures, thoughts, music, humour - the nanowrimo novel - yes I'm still determined to get it published! and most recently branching into video. And all of that interacting with a diverse and similarly entertaining network of bloggerati.