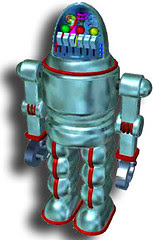 Another mad scientist post today. I was reading about bandwidth of new computer chippery and started to muse that these numbers are approaching those of the human brain.

For example, it is estimated that the human brain has around an 8-10 Terabyte storage capacity. Thats $10k of disk hardware nowadays.

It is speculated that a normal human can process senses at around 11Mb per second, spread between sight 10Mb/sec (though the eye has around a 127 megapixel resolution), touch 1Mb/sec; hearing 100kb/sec (great value); smell 100kb/sec and taste at 1kb/sec.

Our brains are supposed to use associative processing (like a combination of massively parallel processing and fuzzy logic) which works well for pattern recognition (eg of faces) and this can be the equivalent of a conventional 10 billion instructions per second. 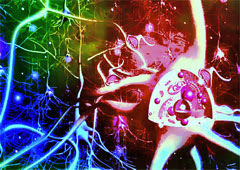 But for day to day tasks, the average brain's main CPU is quite slow at only 50-100 bits per second, with a theoretical maximum of around 1000 operations per second (based upon the number of "brain building block" synapses that can fire per second).

The energy consumption of a brain is around 25 watts, under a normal load, but probably half of this is used for non computational purposes.

And the brain has a process a tad like writing to DVD for long term memory, where the data is progressively compressed (in a sort of fractal way) keeping main patterns and concepts and then using association with other memory areas to allows things to be re-assembled. Those synapses are pretty clever because they are nonlinear, plastic, analog systems that encode information in space-time distributions. This somewhat beats binary. 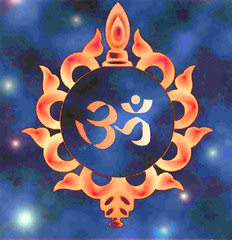 Or we can look from the 4000 year old Vedic perspective predating Buddhism. They said the brain was only a memory unit and used Soma (a little like magic mushrooms) to clear the brain of logic and to improve awareness.

It is like the idea in meditation that the sensations in the brain become still and then perception becomes clearer.

So I shall put this mind back in its box again as I've used my 25 watts for this evening. Now for some liquid cooling.